I'm starting 2016 by taking part in Sheila at http://bookjourney.net/'s First Book of the Year challenge.

My first book of 2016 is going to be The Gunslinger, by Stephen King. I'm determined to finish the series this year. Previously, I think I read up to about book three? Many years ago, though.

And that got me thinking about how I'm absolutely awful at finishing series. Just. Terrible. I'll read book one of something, think "wow, that's great" and then never read book two. It's frustrating. So I declare 2016 to be The Year of the Series.

In addition to The Dark Tower, I'm going to read the Farseer Trilogy by Robin Hobb. I read book one last year, and loved it. And once again ... didn't seek out book two. I have the trilogy now, so I have no excuse.

I'm also going to read Ann Leckie's Imperial Radch trilogy. Once again, I've read the first one ... you see the pattern here. I loved Ancillary Justice but need to re-read it, I think.

That's three. There's seven books (eight if you count The Wind Through the Keyhole) in the Dark Tower series; three in the Imperial Radch series, and three in the Farseer series (I'm aware that there's a boatload more in that universe but I'm starting at the very start).

I need two more, and I want them both to be by writers of colour. Hrmmmm ... *googles*

Right. So I'm adding The Inheritance series by N K Jemisin and also the Xenogenesis series by Octavia E. Butler - once again, I read book one of that series last year and never followed up. 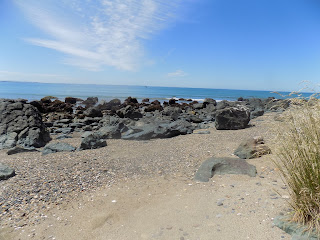