Surely it's still Sunday somewhere (15) and What are you reading on Monday? (3) 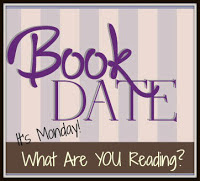 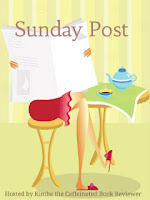 I'm a bit late this week, with the Sunday post, anyway.

The Sunday Post is a chance to talk about the week that was, and the week that may be. It's hosted by Kimba, here: http://caffeinatedbookreviewer.com/

The reason today's post is late is because I SAW STAR WARS TODAY. AND IT WAS AWESOME. I loved it so. much. Like. SO VERY MUCH. So I was out and about when I'd normally be doing this and then apparently I had some urgent gaming I just had to do *ahem*.

Hopefully this week I'll write up a Star Wars review. It will not be spoiler free because it's likely I won't be able to restrain myself.

What else. I picked away a bit more at my Dragon Age cross stitch; I'll try and take a photo of it for next week. At the moment, of course, I can only stitch when the kittens are sleeping - lol.

I also chose my yearly New Project for starting over the end of 2015/start of 2016 as I embark on my yearly re-watch of The Lord of the Rings. Generally speaking, I start on about December 28 and watch half a movie a night. I love them to pieces but I have to be realistic about ... time.

I've chosen an absolutely gorgeous peony pattern, and started it at my friend's on Saturday night, for our weekly stitch and watch, the last for the year as her family descends for the festivities. Once again, I'll try and take a pic of it for next week.

Also ta daaaa!! I made my goodreads reading goal for the year! https://www.goodreads.com/user_challenges/1882319 I've never done that before!

Let's see ... last week I finished Think of England by K J Charles, and Dragon Age; Magekiller by Greg Rucka ... oh! And also We Were Liars, by E Lockhart, which I really enjoyed. Hopefully I'll get a review up this week.

I also read the first book of Umbrella Academy, by Gerard Way, which was free on the Dark Horse app. It's very interesting and I enjoyed it a lot.

Right now I'm reading Uprooted by Naomi Novik, and absolutely loving it. Just. Loving it. I also took a pass at The Martian by Andy Weir, but I'm not sure how far I'm going to dig into that because I really want to finish Uprooted. It's the kind of fantasy that I love - awesome, well-rounded kick-ass girls, friendships, magic and it's just. Cosy.

So. How was your week? How's your week coming up? What are you reading?
Posted by Maree at 00:01