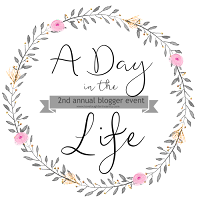 This was the brainchild, I believe, of Trish at http://www.lovelaughterinsanity.com/ - the idea being to share an ordinary day in our lives. I didn't take part in the last one but I was casting about for a blog topic and remembered this, so here goes.

4.30am: Get up. Go to loo; grab a couple of biscuits on the way back - for some reason I get hungry when I have to get up for the facilities at bugger-off o'clock.

7am: Alarm goes off. I contemplate committing alarm-a-cide, as I do every morning. Spawn gets up about 10 minutes later, comes in to say good morning and goes and does spawn things for a bit. 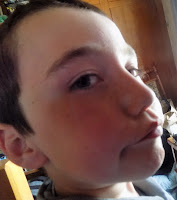 8.35: Get picked up - one of the other mums who's son is in spawn's class gives us a ride to school every morning, as I don't drive and J usually isn't home from work by then.

8.45: Bell rings at school and I'm lingering. I help out some mornings, with reading, etc, though I have a limit of how long I can tolerate herds of 8 year olds (about 45 minutes). Today, however, it's the feast day of the saint spawn's school is named after, so we're off to church. (I'm not particularly religious but the school fit my criteria for spawn: small; excellent rep and a diverse roll).

9am: In church. I can feel my brain drifting already. Spawn is sitting beside me and I have one of those quiet moments when he tucks into me and I put my arm around him and I can feel him breathing. I love those moments. Mass goes on as it does.

10am: Spawn - and indeed the whole school - is getting restless and ready to get back to the business of the day. I stop to say hello to my old principal - now rather elderly, but she taught me as a wee thing at the same school. Also there was the mother of a high school friend of mine.

I drop spawn off and head to the supermarket to pick up a few things. I also call my old job, as they need someone asap for a three-month fixed term contract. I start on Monday and while it's a lot to get my head around all at once it'll be nice to be working again for a bit.

10.30am: I make the bus, yessss. Get home, call my Monday lunch friend and reschedule and tell her my news. Then I call Births, Deaths and Marriages as the woman from my old job I spoke to said that HR would need a birth certificate or passport. For a company I worked for, for 13 years. So I'm on hold for a bit, and I take a few photos for this post while I'm waiting. Get through and find out that the court records for my birth certificate have my first name spelt "Marie" instead of "Maree". Were my mother still alive, she would have Words to Say About This. I say yes please when they offer to track down the records to correct it. Fun and games.

11.20am: Coffee and ginger kisses time. Om nom nom nom nommmmm I think to myself, "I could work on that Dragon Age fic while I'm sitting here. 300 words. You can do it." I browbeat 410 words out of myself and call it a good day's work.

12pm: I meander to the living room, ipad, book and water in hand. I dither for a bit on what to do, then decide to start on American Horror Story: Hotel. Which. Is. A thing. That I watched. Only one episode though because it has everything, the kitchen sink and the local bloodbank in it. I'm sure it will be terrible but I'll persist - for now. I heat up a bacon and egg pie for my lunch and read a bit of Perdido Street Station while listening to Adam Lambert on spotify. Tis peaceful. There's a cat.

3pm: Meander back into my room, intent on abrogating all of my adult responsibilities and playing Dragon Age: Inquisition for the rest of the afternoon.

7pm: Okay, that's exactly what I did. Friday afternoon is game day in this house,which doesn't mean what you might think - it means video games. Spawn is a gamer kid, and Friday afternoons is the one day he can play unfettered by things like "rules" and "homework" so I tend to go nuts myself. I played Inquisition till about 5.45; got through a major quest line. Died a couple of times - you know how it goes. I ordered pizza for tea because ... Friday. Mooched for a bit reading fic, and updating this post.

After tea, spawn asks for "alone time", so I head back to my room and more Dragon Age. "Alone time" doesn't mean the same thing to me as it does to spawn, and five minutes later he's in my room. Which is fine, it's just sort of funny.

8:15-8.30pm: Getting spawn to bed, which doesn't usually take too long. He's not a kid for deliberate delaying tactics, though he does muck around a bit. I read a  chapter of the Lego Movie book, and say good night. J repairs to his own room to read. 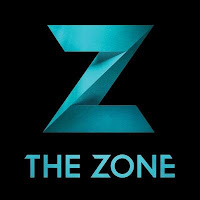 9.30-11.10: It's time for #cinemaz on The Zone. The Zone is New Zealand's version of SyFy, and it actually has some decent content, but on Friday nights it's time for the schlock. Bad movies abound and those of us who watch gather on twitter to mock. Tonight's offering - Lord of the Elves - is especially awful. Possibly the worst movie I've watched in a long time. It's fun, though, and I tweet sporadically while also playing Midnight Castle and trying to accommodate Lily, who is an affectionate cat but not especially cuddly. Which is an awkward combo when she's lying on my lap.

Halfway through the movie I make myself a hot chocolate and have something to eat. After Lord of the Elves, I watch a tiny bit of American Idol to see Adam Lambert's performances (which is the grand total of how much of Idol I've watched all season). After that, I take my sorry and tired bones off to bed, closely watched by cats.

Annnnnnd that was my Friday. :-)

Email ThisBlogThis!Share to TwitterShare to FacebookShare to Pinterest
Labels: a day in the life, life